Adam Goodes, AFL legend and former Australian of the Year, was the guest speaker at the latest Friends of Wolper Jewish Hospital event held earlier this week.

Interviewed by news presenter John Mangos, the conversation was wide-ranging, including Goodes early family life, the early days of his football career, his anti-discrimination stance and his philanthropic achievements.

Goodes has long been known as an indigenous role model and community focussed leader, and in 2009 he set up the GO Foundation with Michael O’Loughlin, his team mate, with a vision to create a brighter future for Indigenous children through education.

Passionate about the elimination of discrimination in society and advocating for the Recognise Movement along with the Racism It Stops With Me campaign, Goodes was named Australian of the Year in 2014.

At the Friends of Wolper event, Goodes’ message was the importance of leadership, finding your voice and education in the eradication of racism. He stressed the importance of challenging people when coming across casual racism and spoke openly and honestly about the infamous incident where he was racially abused by a young match-goer. After the incident, he spoke with the offender to educate her on the damage her words had done – damage that Adam Goodes still feels today and makes him even more resolute in his work against racism. 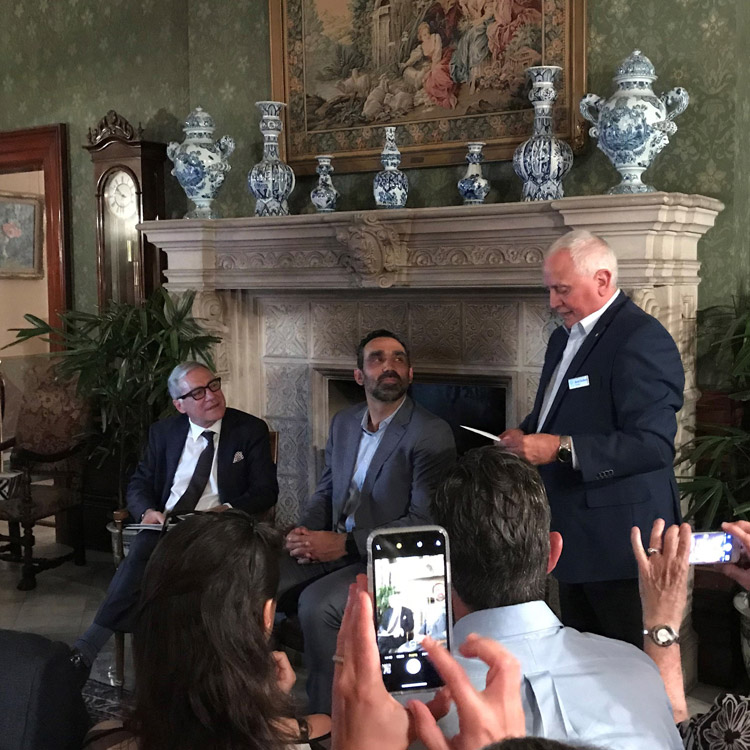 Audience members were given the opportunity to ask questions, and the subjects were wide-ranging. On the need for reconciliation, Goodes expressed his disappointment that the Government has not supported an Indigenous body in Parliament. Upon being asked about the advice he would give young indigenous people, Goodes said all young people have dreams, but to achieve them it’s important to create a set of goals and view hurdles along the way simply as challenges to be overcome. And Goodes saw direct parallels between the challenges faced by the Jewish and Indigenous communities as minority groups. Goodes was very aware of the co-operation between the Jewish and Indigenous communities and shared that his early understanding of Judaism was gained from his former neighbours, an older Jewish couple. He got to know them well, singing the praises of the many excellent Shabbat dinners he shared with them, and he managed to sign them up to become Swans members.

Held at the magnificent Swifts residence in Darling Point, a heritage listed mansion owned by the Moran family, the evening commenced with a presentation by Dr Hilton Immerman, Executive Director of Shalom Gamarada. A recipient of Wolper Jewish Hospital Health Foundation grants, Shalom Gamarada provides higher education scholarships for indigenous Australians. Dr Immerman spoke of the health, social and economic pressures currently faced by indigenous people and the important role self sufficiency through education plays in alleviating these issues. He also announced that during the next grant round, the Wolper Jewish Hospital Health Foundation will be funding a full medical scholarship for an indigenous student.

Also present was first year indigenous medical student and recipient of a Shalom Gamarada scholarship, Steven Hobday. Steven is proof that giving people the opportunity to gain an education will inspire others to do the same. He followed in his sister’s footsteps – she also received a Shalom Gamarada scholarship and completed her law degree three years ago. Steven also provided a mesmerising didgeridoo demonstration.

Daniel Goulburn, President of Wolper Jewish Hospital and Chairman of the Wolper Jewish Hospital Health Foundation remarked “Wolper is proud to be engaged with the community in so many diverse ways through our Friends of Wolper functions and through the organisations supported by our Foundation. Adam Goodes’ career and his social advocacy work are truly inspirational. We are thankful to both Adam and John Mangos for a wonderful and thought provoking evening. We’d also like to thank the Moran family and our generous sponsors of the evening, Gleneagle Securities.”

At the end of the evening, Daniel Goulburn presented Adam Goodes with a donation to the GO Foundation. 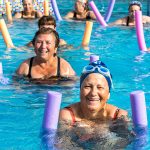 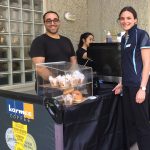