The first move to open a Jewish hospital in NSW was made in the late 1940s when the NSW Jewish Hospital was established. It was a collaboration between several Jewish doctors, together with the Young Men’s Hebrew Association (YMHA), the National Council of Jewish Women (NCJW) and the NSW Fellowship of Jewish Doctors.

The hospital was situated in “White Ivy” in Point Piper but the organisation also owned the house next door named “Linlithgow”.

A much larger general hospital was proposed but unfortunately a capital appeal to build the hospital fell flat. In 1954 both properties were sold and the hospital ceased functioning. The funds were held in trust by the Committee. 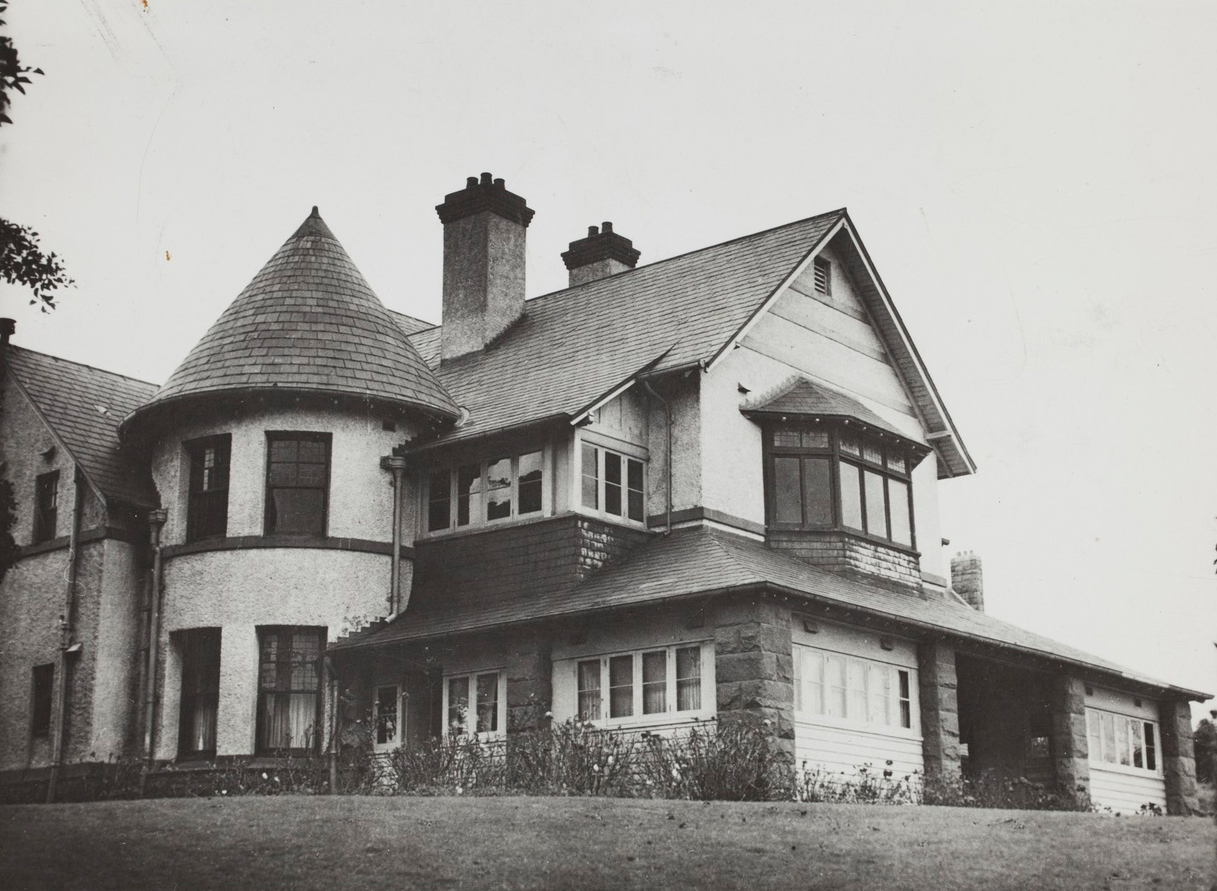 In gratitude for the care they gave her late in life, Gertie Wolper Stone bequeathed her house in Coogee to the Hospital Visiting Committee of the National Council of Jewish Women (NCJW) NSW in 1950 to be used as a convalescent home for Jewish people.

In her Will she stated that the home should be named in honour of Aaron and Gertie Wolper. Aaron was her first husband who passed away in 1924.

The Coogee house proved to not be suitable and, in line with her wishes, was sold. The monies realised helped to fund the purchase of a more appropriate site in Woollahra. Wolper Jewish Hospital stands on that site today. 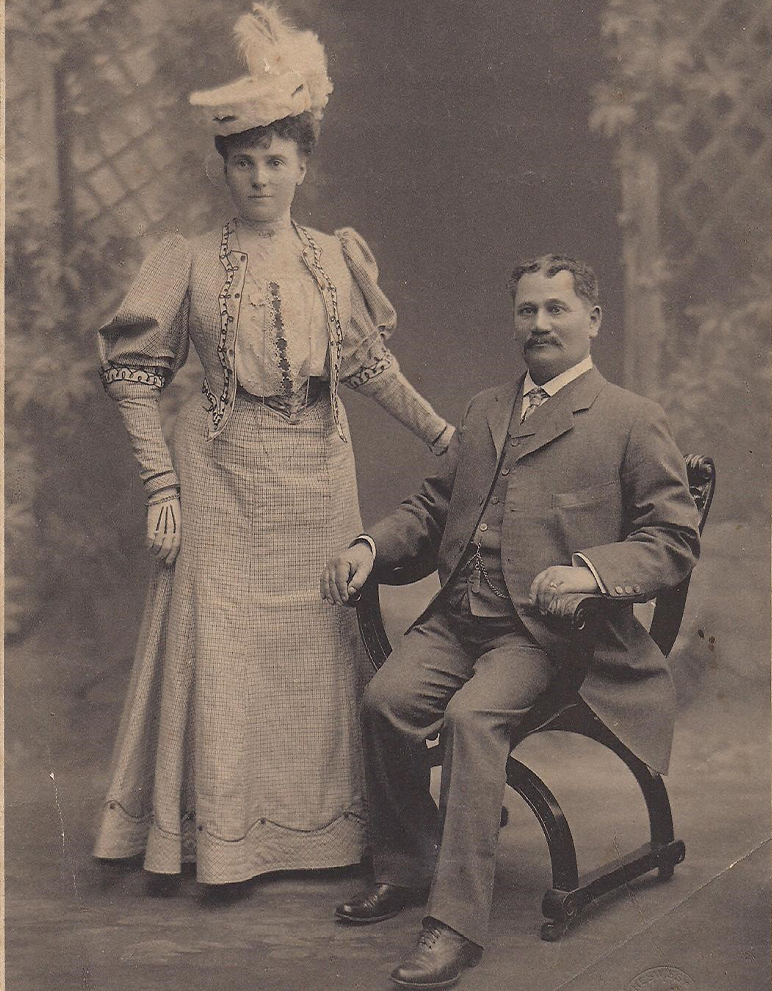 Gertie with her first husband Aaron Wolper in Sydney, 1899

The original house at 8 Trelawney Street, Woollahra at the time of purchase.

The Wolper Convalescent Home was opened to great acclaim by the Trustees of the NCJW’s Hospital Visiting Committee in 1953.

Three years later, the Wolper Convalescent Home was experiencing trading difficulties and by 1957 it had incurred such a high trading loss that the bank threatened foreclosure of the mortgage. 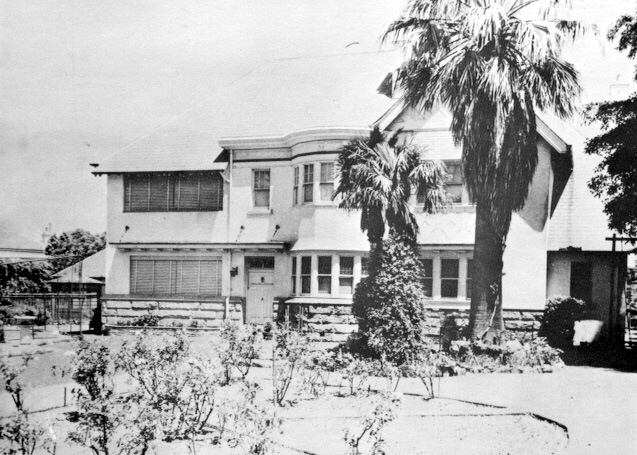 Wolper was a special passion of Sam’s who led the Board through three decades of change and growth.

He was appointed Wolper’s first Honorary Life Governor in 2002 in acknowledgment of his vision and dedication. 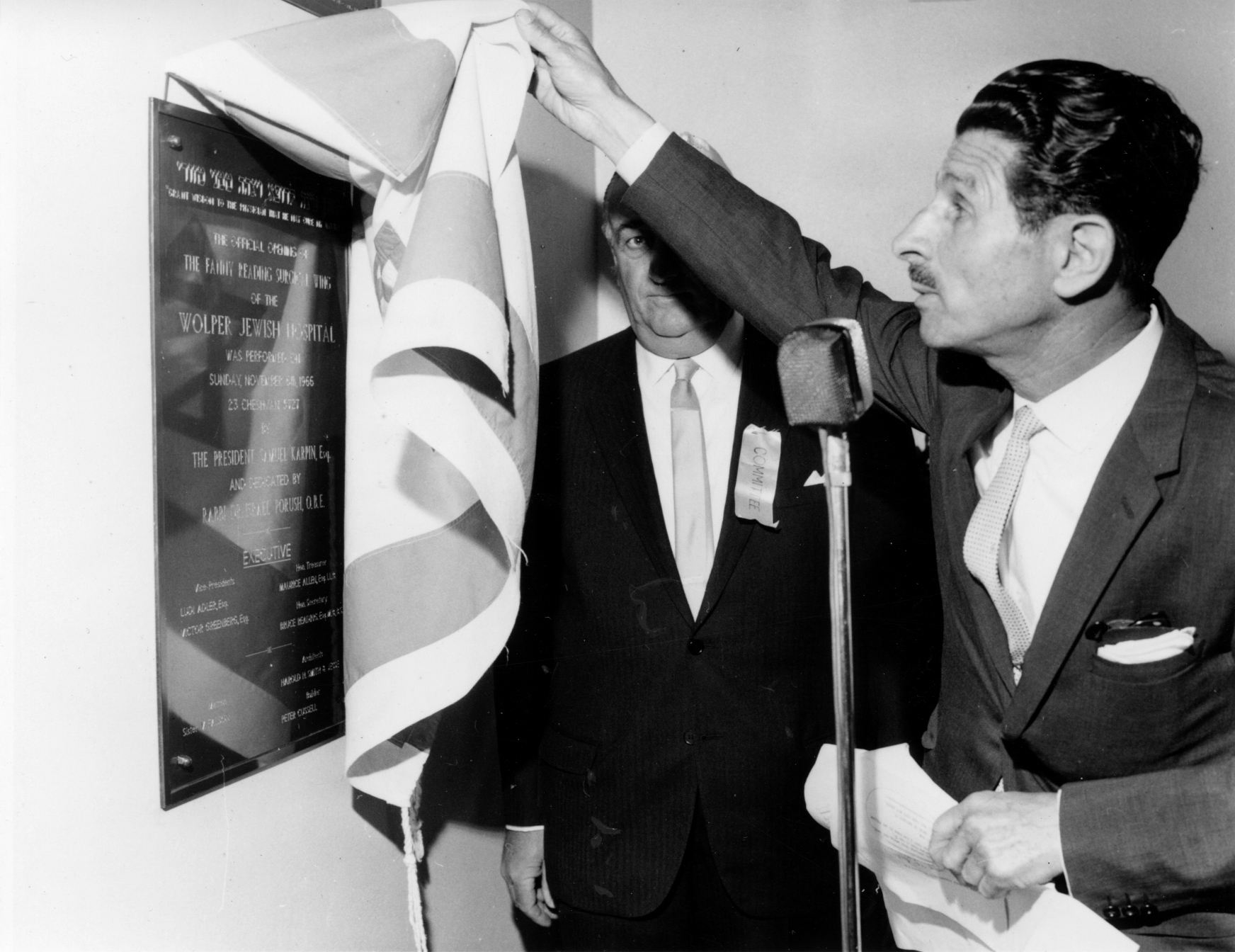 Dr Fanny Reading MBE, MBBS – a Russian migrant –dedicated her life to improving the health and welfare of the community. She spearheaded the formation of the National Council of Jewish Women in 1923 and became its National President in 1927.

Dr Reading was actively involved in discussions on the amalgamation of the Wolper Convalescent Home and the NSW Jewish Hospital which led to the establishment of Wolper Jewish Hospital in 1961. 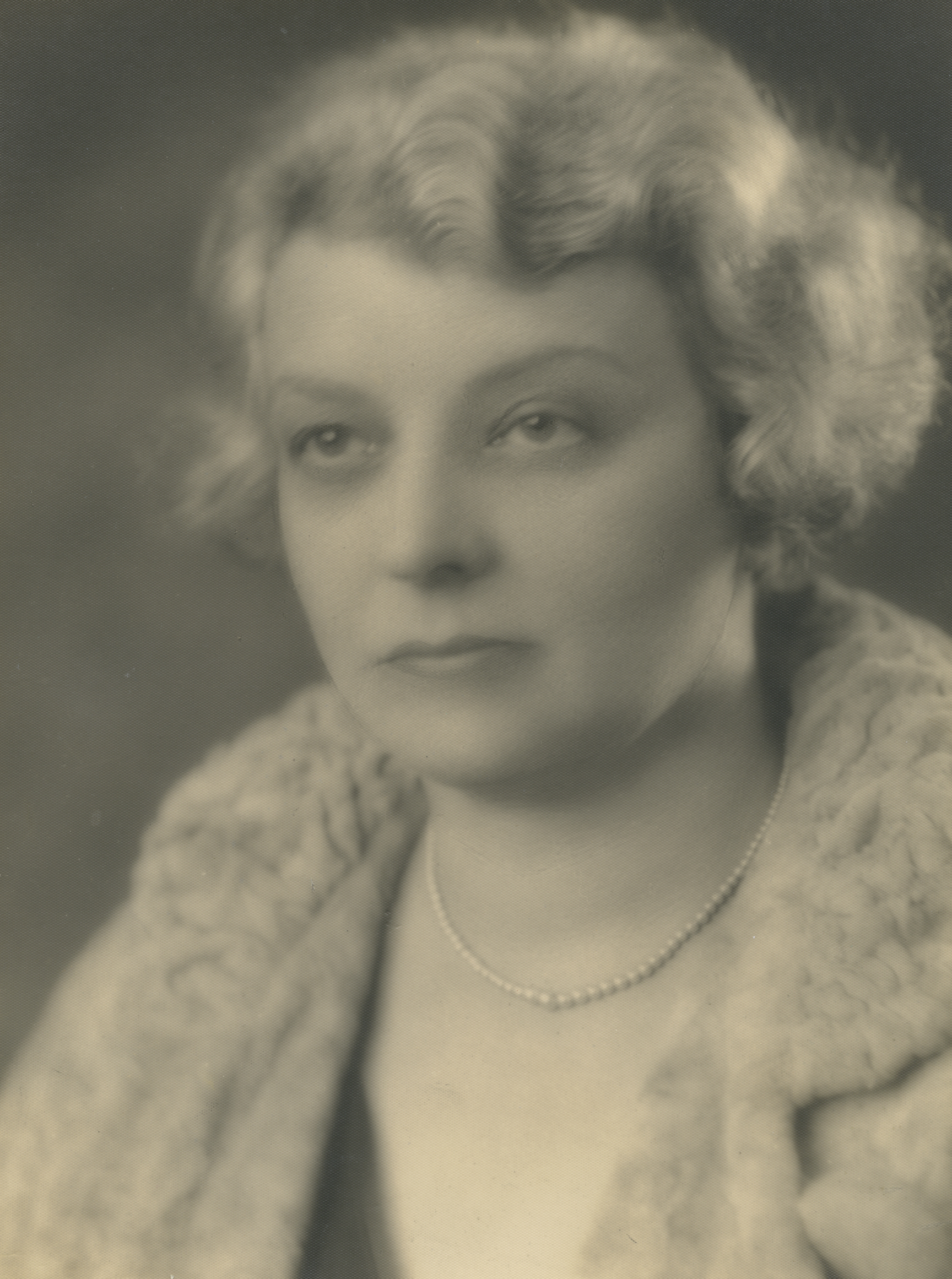 It seemed logical for the NSW Jewish Hospital and the Wolper Convalescent Home to amalgamate.

The NSW Jewish Hospital no longer had buildings but had substantial funds from its property sales. The NCJW which ran the Wolper Convalescent Home had the Trelawney Street property but was in need of funding. 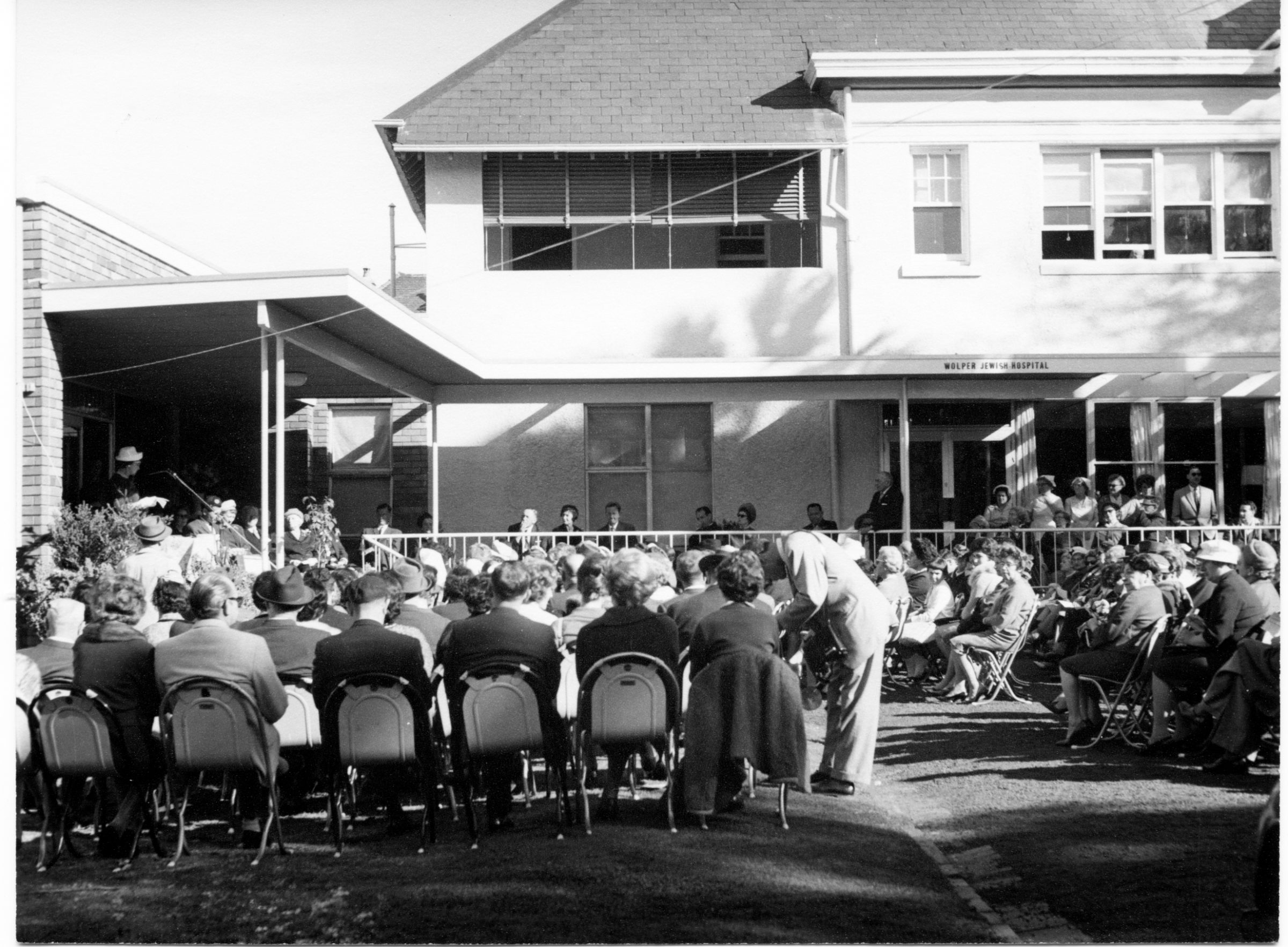 The Fanny Reading Surgical Wing was opened in 1966 realising its founders’ dream of providing the latest surgical services to the community.

It comprised an operating theatre, both shared and private rooms offering a total of 37 beds and state of the art amenities and service facilities. 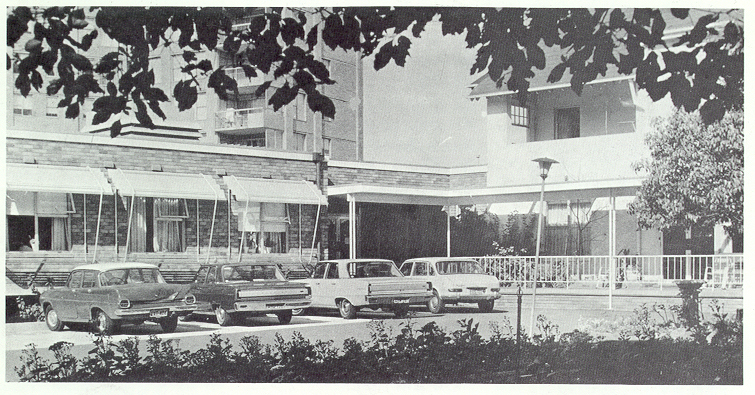 Throughout the 1960s and 1970s a range of surgical procedures were conducted at the Hospital, these included general, eye, urological, ENT, orthopaedic, gynaecological and cosmetic surgery.

Throughout the 1960s and 1970s the Hospital was doing well and plans were drawn up for a major expansion. 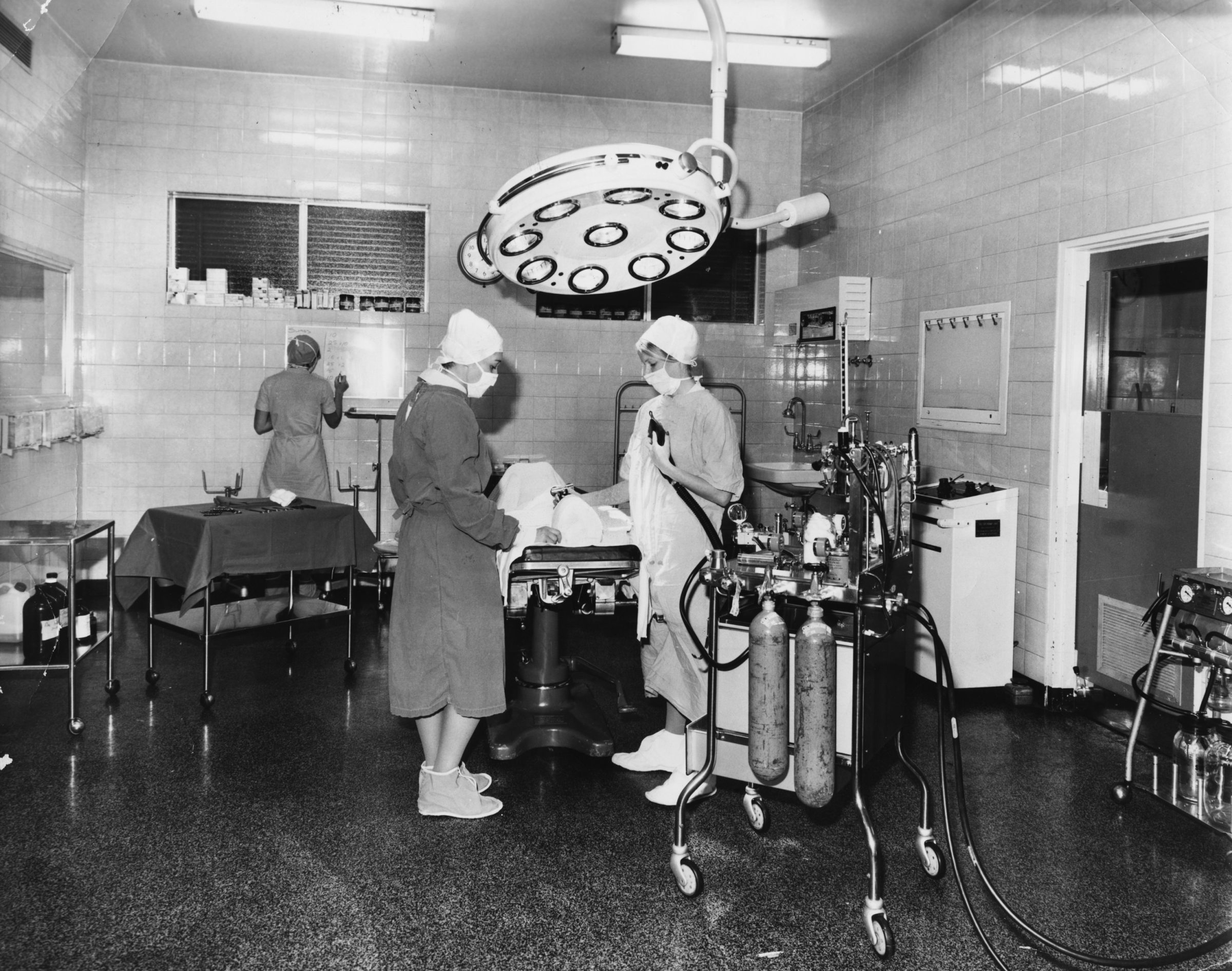 The funding for the planned extension required a bank loan but the Hospital was unable to offer the required security as the title deed for the land was still in the name of the Trustees of the Hospital Visiting Committee of the NCJW (NSW).

The Trustees graciously transferred the title of the land to Wolper Jewish Hospital on 14 May 1982, thereby enabling bank funding to be secured.

In 1982 the Hospital closed for 18 months for building works with an additional level being built above the Fanny Reading Surgical Wing. 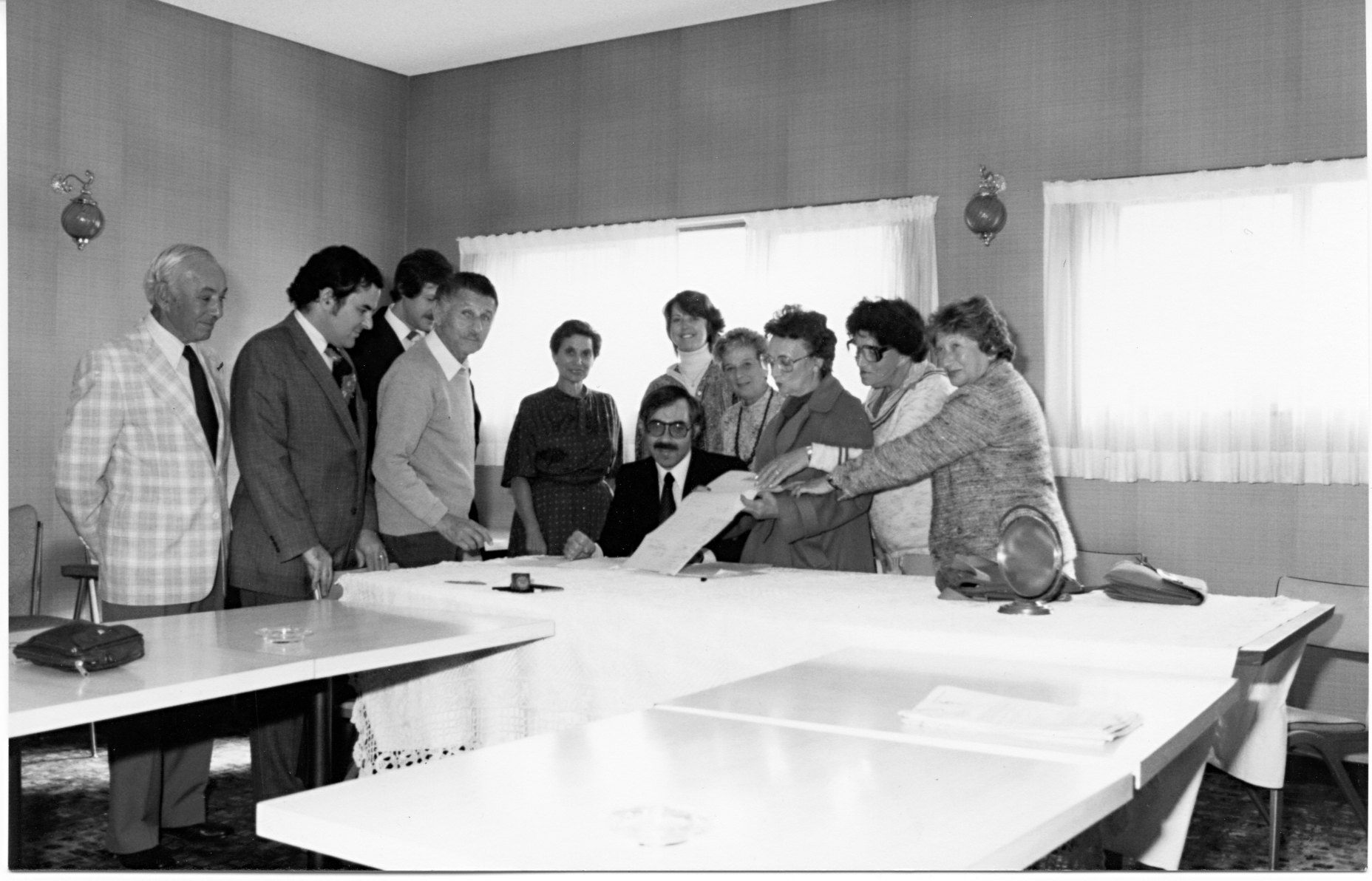 In 1991 the house adjoining the Hospital in Fullerton street was acquired enabling the provision of palliative care, an additional operating theatre, a six-bed recovery ward and 71 beds.

In 1998 the Scottish Hospital in Paddington closed, and their Ear, Nose and Throat surgeons and Rehabilitation Unit were transferred to Wolper. 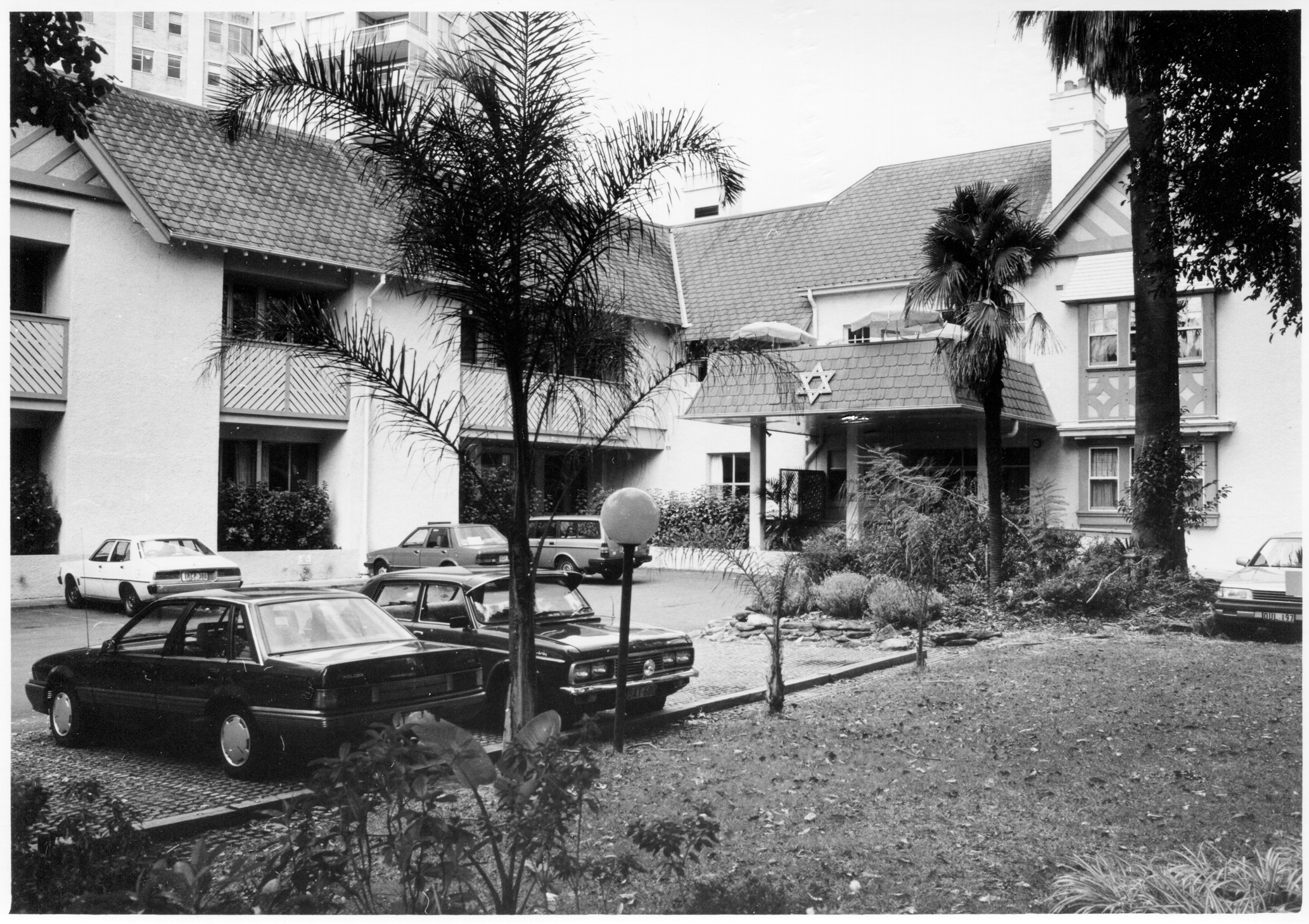 In order to accommodate the increasing community demand for rehabilitation the Hospital further developed its Rehabilitation Unit with the construction of a hydrotherapy pool, a purpose-built physiotherapy room and a new dining/occupational health area.

In 2008 extensive refurbishment commenced. Patients overwhelmingly wanted private rooms so the overall number of beds was reduced from 71 beds to provide 54 single rooms with private ensuites.

An expanded physiotherapy centre was created and the hydrotherapy pool was significantly enlarged. Completed in 2010, this expansion also enabled the commencement of the very successful MoveWell classes.

The refurbished Hospital was officially relaunched in the presence of the Honourable Professor Marie Bashir, Governor of NSW, who also unveiled Wolper’s new corporate branding. The following year, 2011, Wolper celebrated its 50th Anniversary. 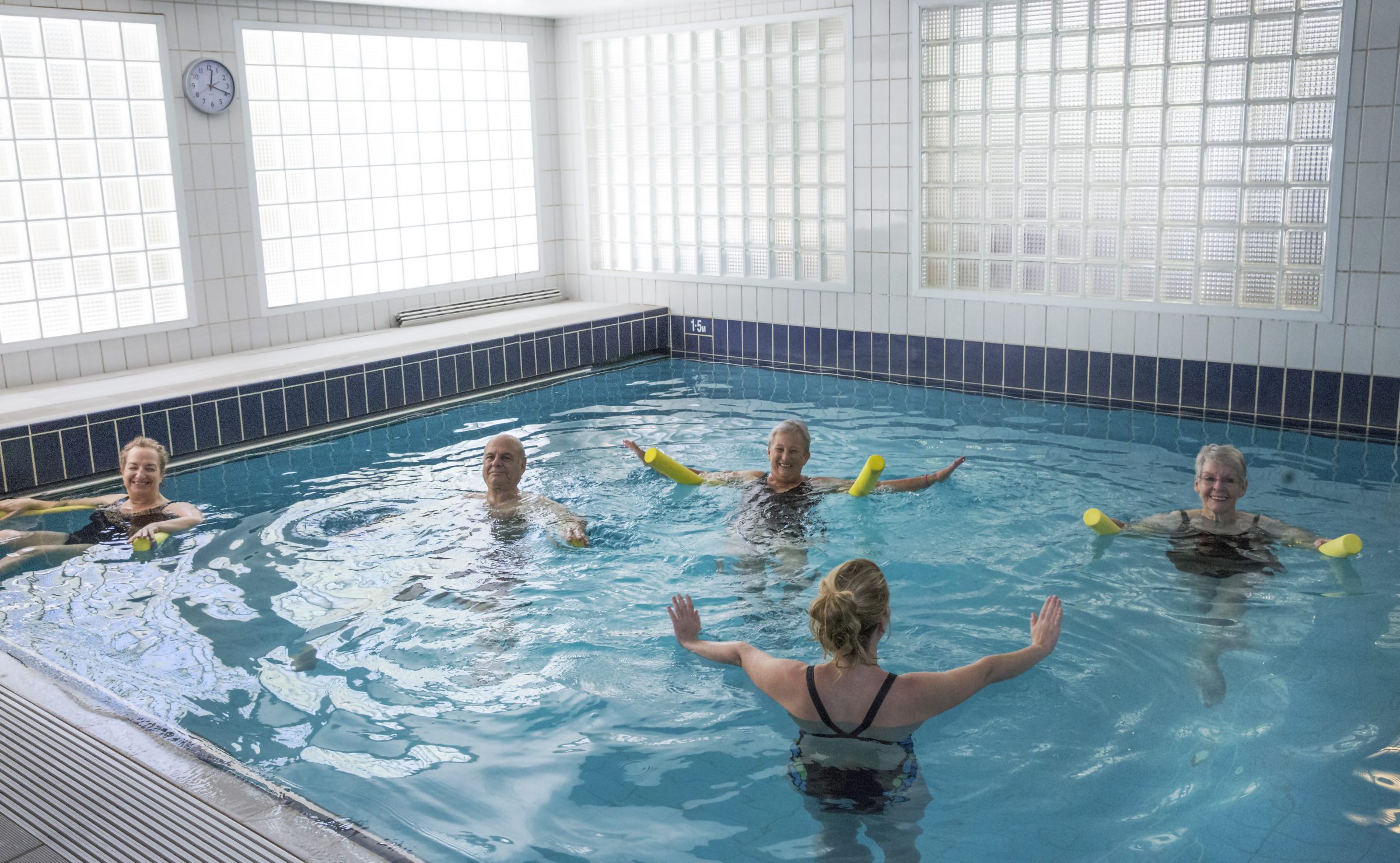 In 2014 the Wolper Jewish Hospital Health Foundation was established with the aim of funding health and wellbeing initiatives that will deliver clear benefits to the Jewish and general community. 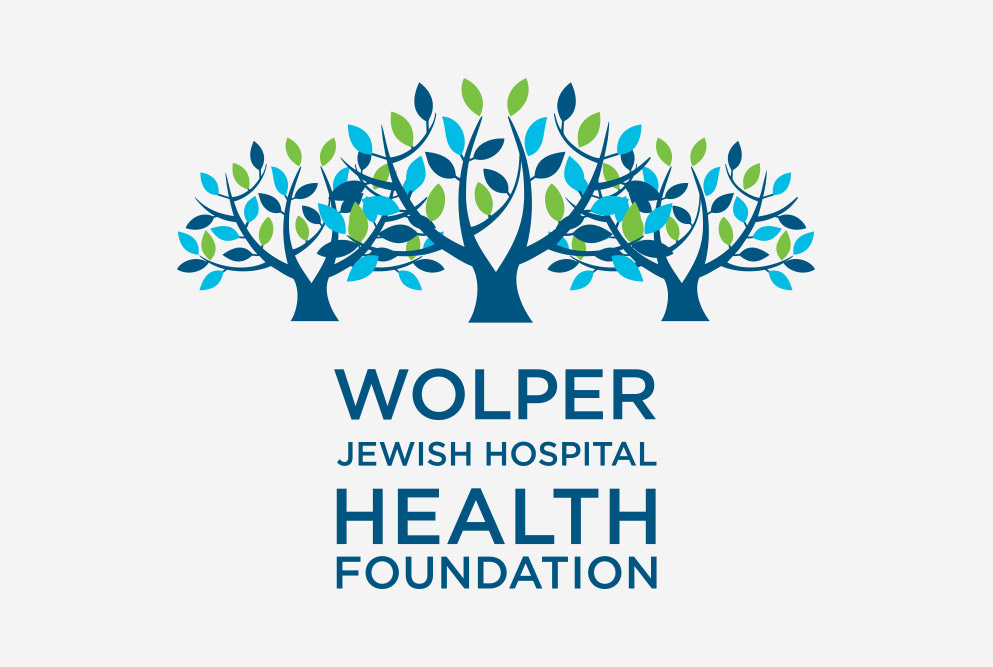 In 2019, to ensure Wolper continued to offer the highest standards of accommodation and facilities, the entire Hospital and all rooms were progressively refurbished, new landscaping was completed and a café was introduced.

With the Hospital running at full occupancy an additional three private rooms with ensuites were created increasing the total number of private rooms to 57.

Works in progress were further complicated by the outbreak of the COVID-19 pandemic and associated health and safety precautions required.

Throughout the continuing pandemic the safety of our patients, visitors and staff remains our highest priority.
Today Wolper is regarded as a rehabilitation centre of excellence and is renowned for its outstanding care and compassion. 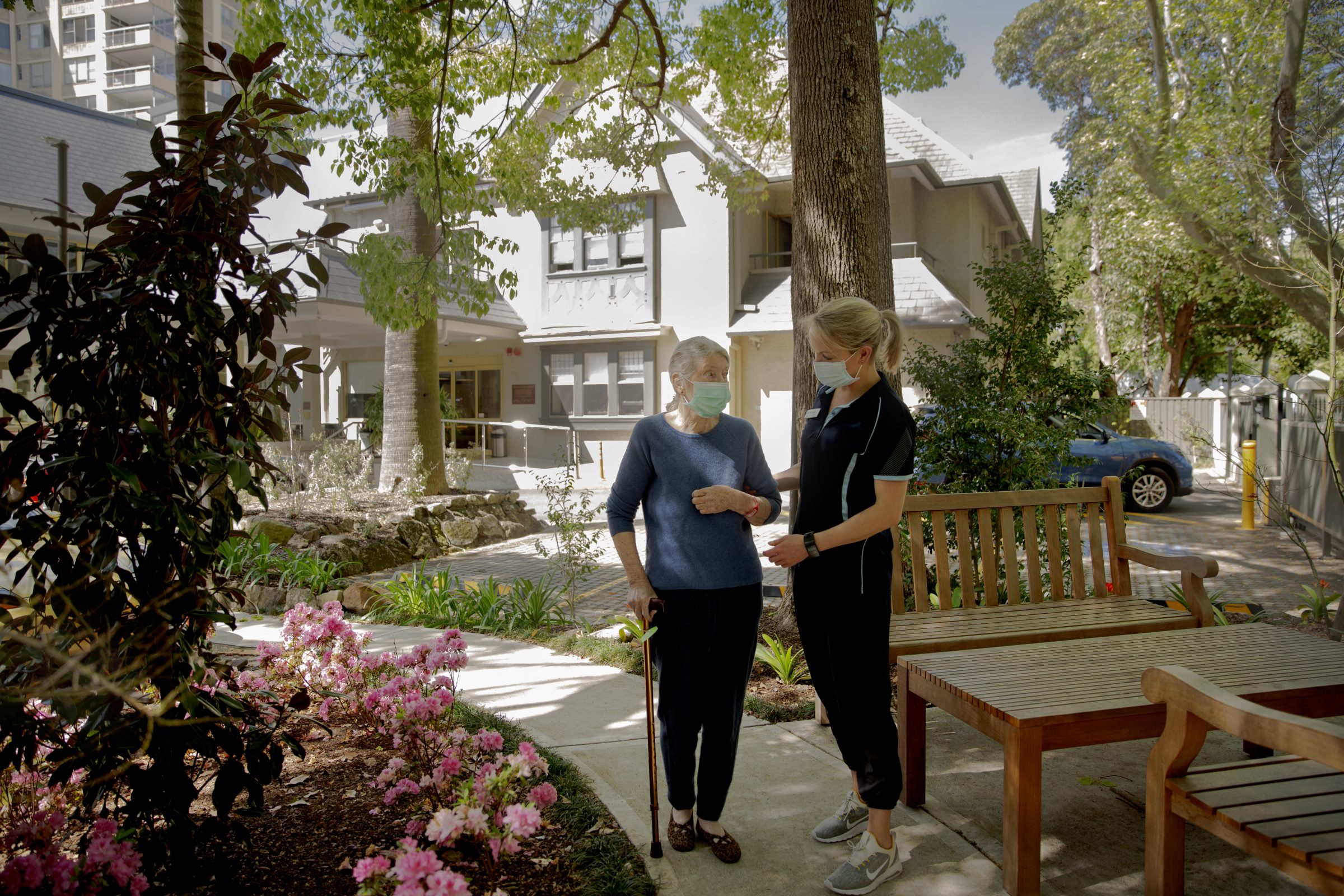